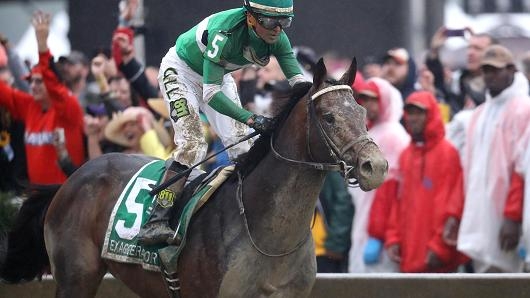 The 2016 Belmont wont feature the Kentucky Derby winner and no Triple Crown is on the line, but from a handicapping standpoint the test of champions promises to be a far better betting race than the Preakness.

Beginning with the idea that Exaggerator is beatable – an idea many handicappers are likely to embrace as the colt is just one of two probable runners that will contest all three legs of the grueling Triple Crown series – the Belmont looks like an ideal race to grab a big price or simply take a stand against a vulnerable favorite. That is not to say that Exaggerator isn’t the best, or most credentialed horse in the field to this point. He is. But, the Belmont is a historically difficult race to win and one where improbable horses have found their way to the winner’s circle with regularity.

At odds certain to be lower than 2/1 and possible as low as even money, Exaggerator looks like a play against for the value-conscious horse player. There’s the three races in five weeks to consider, and the reality that the star colt had everything his own way in the Preakness from the sloppy track conditions that suited him and few others to the ridiculously fast pace scenario that flattered his closing kick.

While Mother Nature is unpredictable, Exaggerator certainly won’t get the same kind of pace scenario in the Belmont that he benefitted from in both the Kentucky Derby and Preakness. In fact, the ten probable runners consist mostly of plodders, which likely means that the early lead will be there for the taking to whomever wants it. Thinking of Exaggerator launching a late move around the vast oval at Belmont while a potential loose leader strides away is the starting thought for solid handicapping analysis that could yield a big price on race day.

The defending champ is back in the field for the 2016 Arlington Million on Saturday, but he's being overshadowed by a strong group of foreign invaders.