Located in Arlington Heights, Illinois, Arlington Park is part of the Churchill Downs group of race tracks. The dirt surface is Polytrack while the turf surface has garnered a reputation as being one of the best in the nation. Arlington Park hosted the 2002 Breeders Cup and runs one of the most important days of racing for turf horses in the United States, Arlington Million Day, on a yearly basis. Horsemen and horseplayers alike regard Arlington Park as Illinois’ top race track, making Arlington Park a top meet for the very best stables.

Horse racing doesn’t get any better than at Arlington Park. The Illinois track has become one of the United States premier racing venues because of its fair artificial surface, excellent turf racing, and large fields. That’s music to the ears of online sports bettors who can wager into gigantic pools almost every day of the meet. 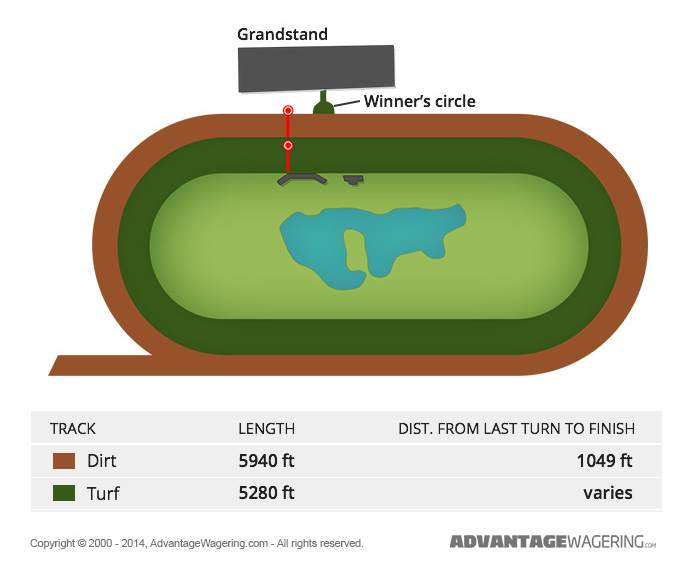 One of the key preps for the Breeders’ Cup Turf, the Arlington Million is also Arlington Park’s signature horse race. Some of the best turf horses in the world routinely make the trip to Arlington Heights to participate in the world famous event. Run at 1 ¼ miles, the Arlington Million has become one of the most watched horse racing events of the year and has been won by some of the best turf horses in history including John Henry, Awad, and Manila.

After the Triple Crown is over, where do trainers send their three-year-olds if they’ve got grass breeding? They send them to the Secretariat Stakes, a $400,000 purse turf race on the Arlington Million undercard. The Secretariat Stakes has become the United States’ turf answer to the Kentucky Derby. Huge fields and huge purses mean likely huge payouts for online sports bettors!

Find the best odds for your horse online and place your bets within minutes !